I live for the funk: James Brown, The Meters, & Curtis Mayfield

James Brown, born in 1933 in South Carolina, came from a childhood riddled with extreme poverty, abandonment, and petty crime. As a child, his mother left and at one point he lived with an aunt who ran a house of prostitution. From those circumstances, with his gift of music, starting out as part of a gospel group, he rose to become one of the most influential musicians in the world.

With his band the JBs, some of the most highly skilled musicians around, James Brown, The Meters, and other pioneers of funk are the ancestors of modern-day hip hop, 70s Soul and Disco, 80s & 90s bands like the Red Hot Chili Peppers and Primus, to jam bands of today such as Medeski Martin & Wood, Soulive, and Galactic.

James Brown put out a series of instrumental funk albums in the 60s where he showcases his skills on the keyboards. This track is from a rare 1969 album The Popcorn (not to be confused with Mother Popcorn) released on Polydor. “Why (Am I Treated So Bad)”:


Brown also put out some serious blues jams as well! Here is “Messin’ with the Blues”. The chord changes are pretty minimal, the emphasis on creating a groove, a hypnotic extended vamp jam with strong bass lines.  Let yourself fall into the pocket of this one:


The Meters were another funk pioneer out of New Orleans. Here they are on a live television show from 1974:

Curtis Mayfield made his own mark 1970s with his own brand of soul-funk. Here is his classic “Freddies Dead”:

This is what moves and grooves me…what about you? What are your favorite funk tracks, artists, and best bands out there keepin’ it FUNKY?!! 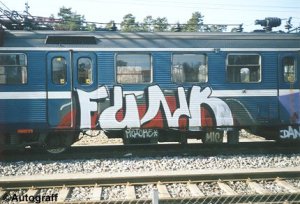